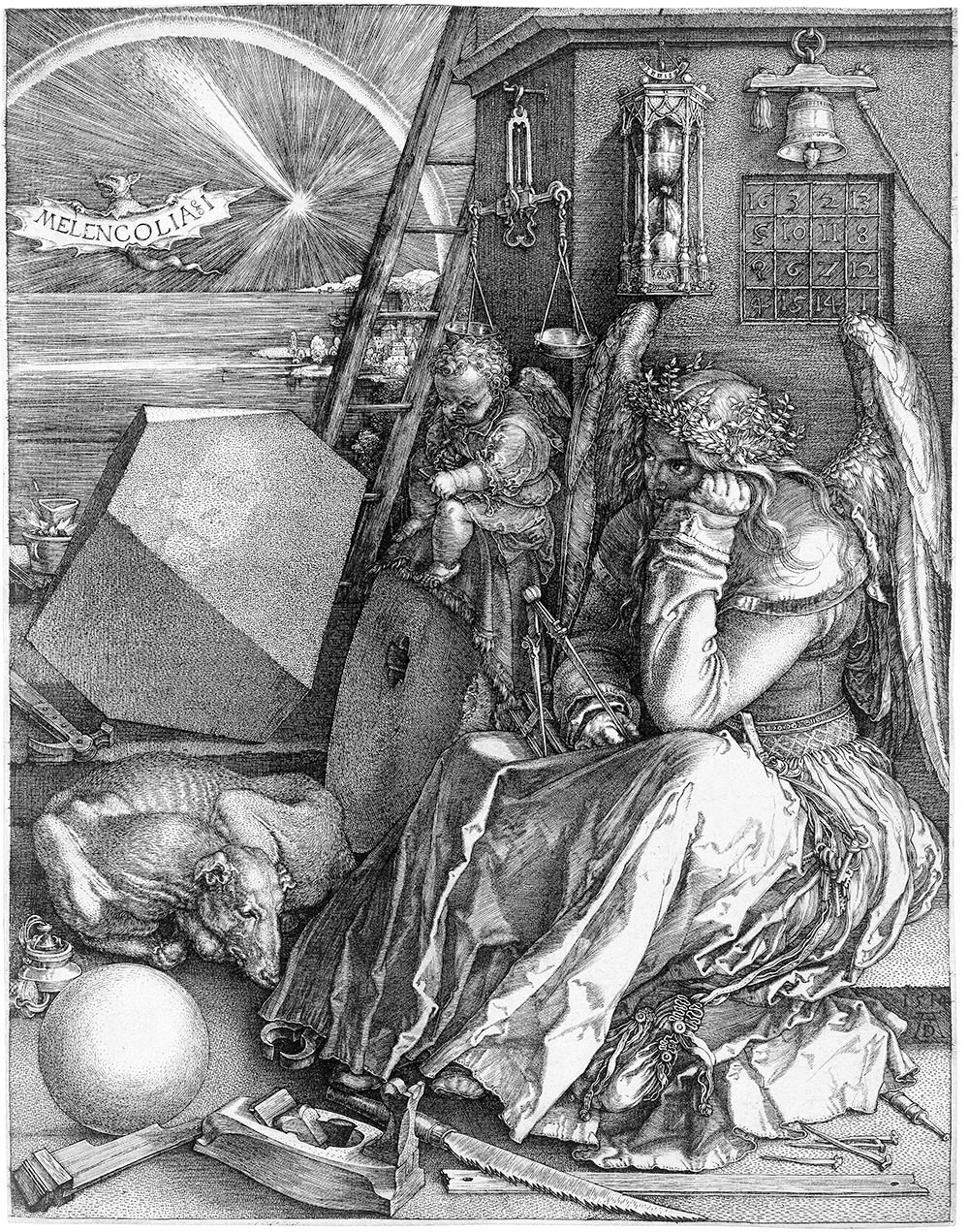 Movable-type printing had been introduced in Germany only 75 years earlier. It had already existed in China for 400 years, invented by Bi Sheng in the Northern Song Dynasty around 1040 A.D. In Dürer's Europe, the production of typeset pages in multiple copies was still new, but as an engraver of metal printing plates Dürer was familiar with the process. This image has been reproduced many times and discussed, dissected, and deconstructed. What I like about it is something simple—it depicts a figure sitting still, kind of stymied.
Continues in class ...
September 19, 2022
Introduction